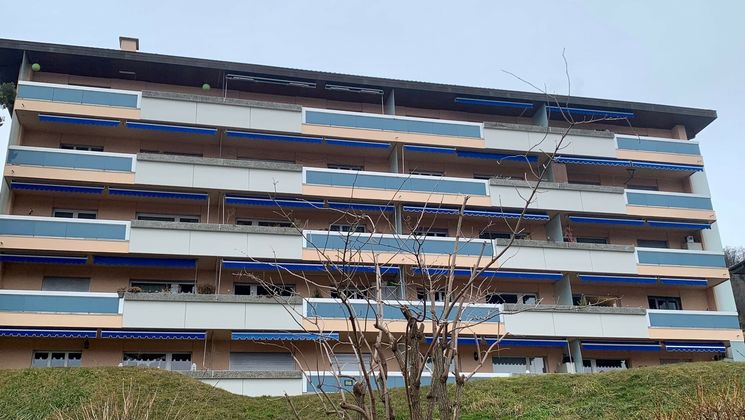 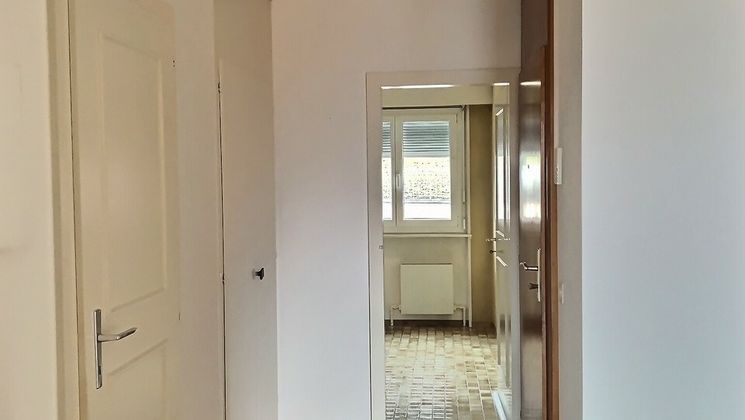 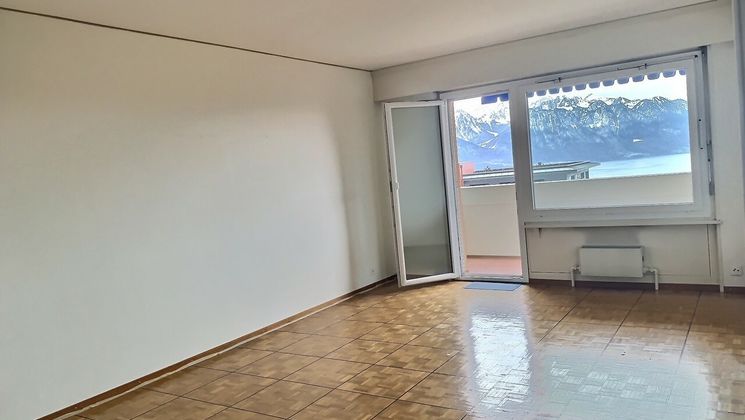 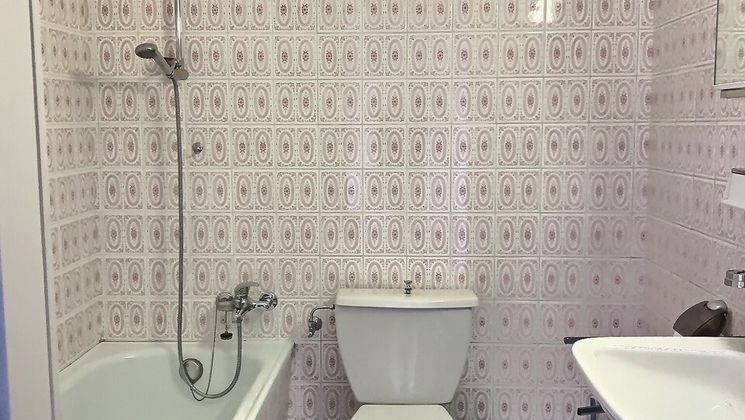 This 2.5 room apartment is located in a perfectly and regularly maintained building.
The building benefits from an elevator and a large laundry room.
The accommodation offered for sale is on the 1st floor and has a large south-facing balcony as well as a cellar.
The kitchen is habitable, the bedroom is spacious, the living-dining room is charming, both have direct access to the balcony. The bathroom is simple, but quite functional. Several storage spaces on site.
An individual garage completes this property for an additional amount of CHF 30,000.--

The unobstructed view of the lake and the proximity to all amenities as well as the train station, while maintaining great peace thanks to the surrounding greenery, make this object a real little nugget!

With its breathtaking view of Lake Geneva, the town has seduced artists, as it attracts many new inhabitants.
The village is part of the commune of Montreux.

Chernex, the small town above Montreux has developed well. Its population has doubled over the last quarter of a century with new constructions on the Fontanivent plateau to reach 2000 inhabitants. But despite its growth, the village has managed to maintain a magnificent quality of life.

If the town never ceases to charm, it's because it really has it all. It has managed to preserve its businesses, including a minimarket, a grocery store (run by the only active butcher in the town of Montreux), a bakery, a post office, two hairdressing salons and two restaurants, including the Buffet from the station, and a bar.

A stone's throw from Montreux and the motorway, Chernex is served by the Montreux-Bernese Oberland (MOB) train.

Small school children do not need it, because the village also houses a primary school.

The very active Development Company bends over backwards to organize events, flower market, National Day, craft market and pea soup, among others.
The objective is to cultivate the spirit of the village!

Close to highway, train station and buses.
For example 9 minutes from Vevey by train.

○ To be refurbished